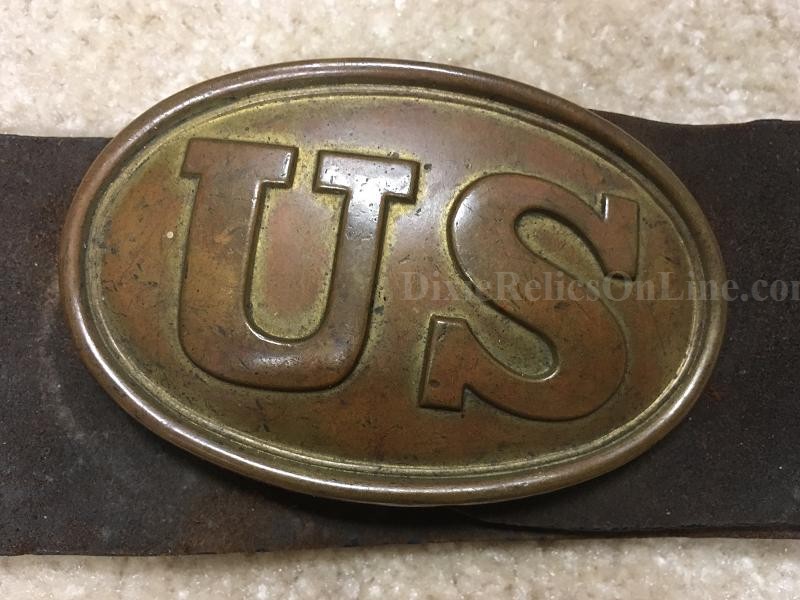 CHECK OUT ALL OF THE NEW FIREARM LISTINGS 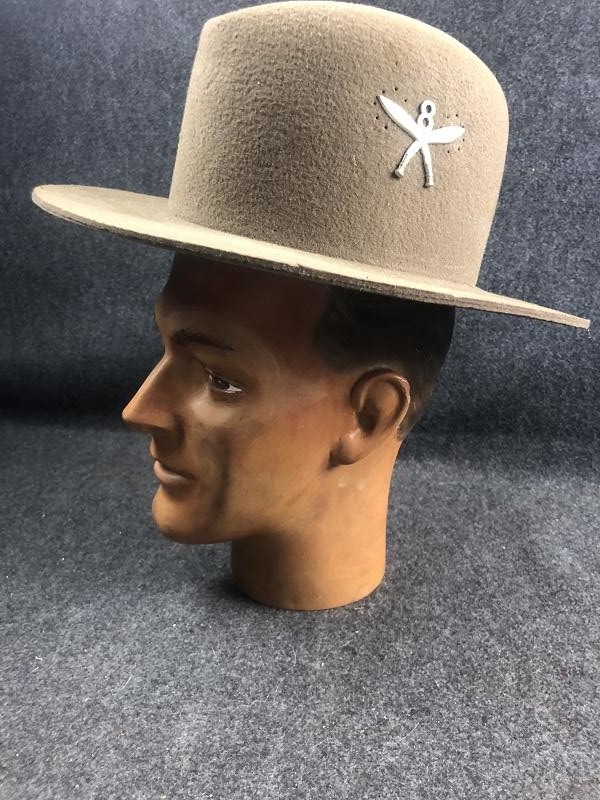 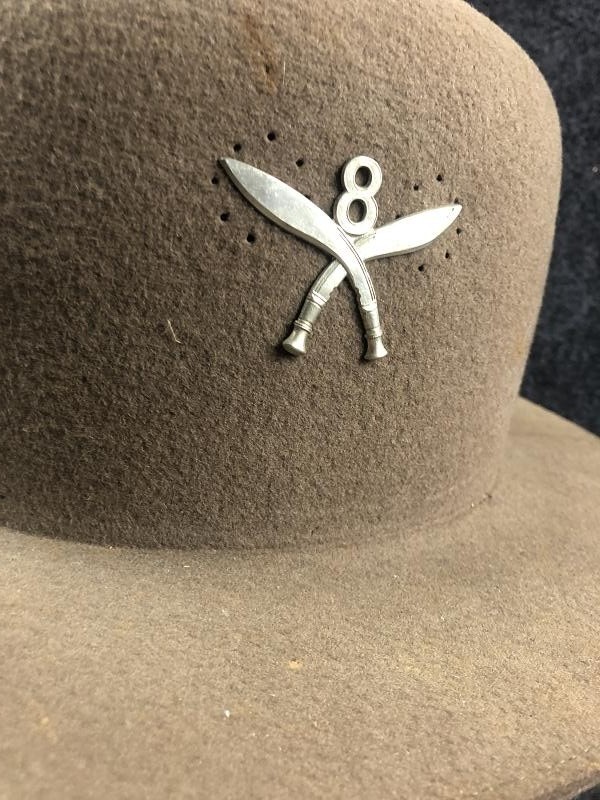 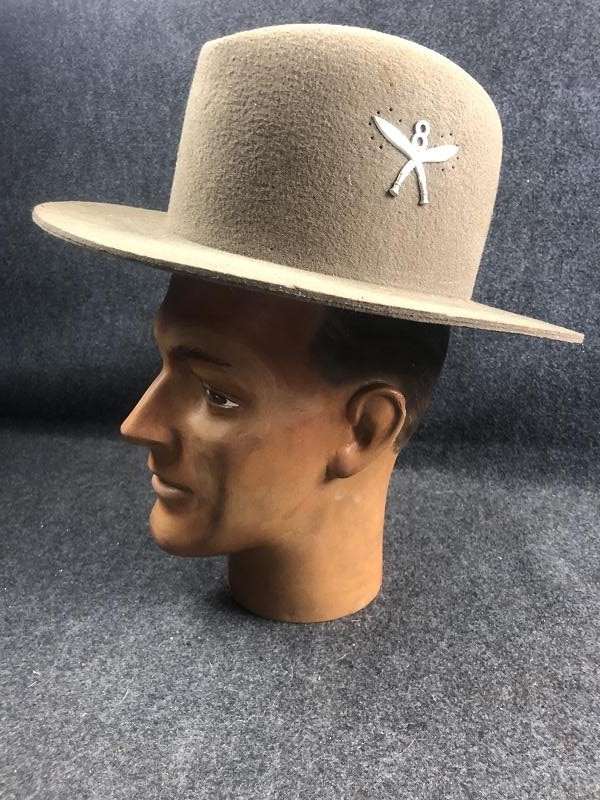 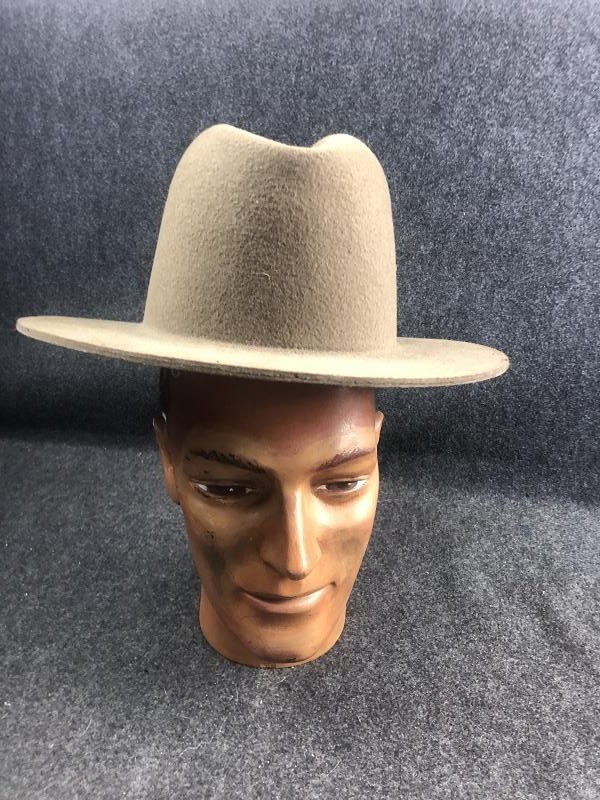 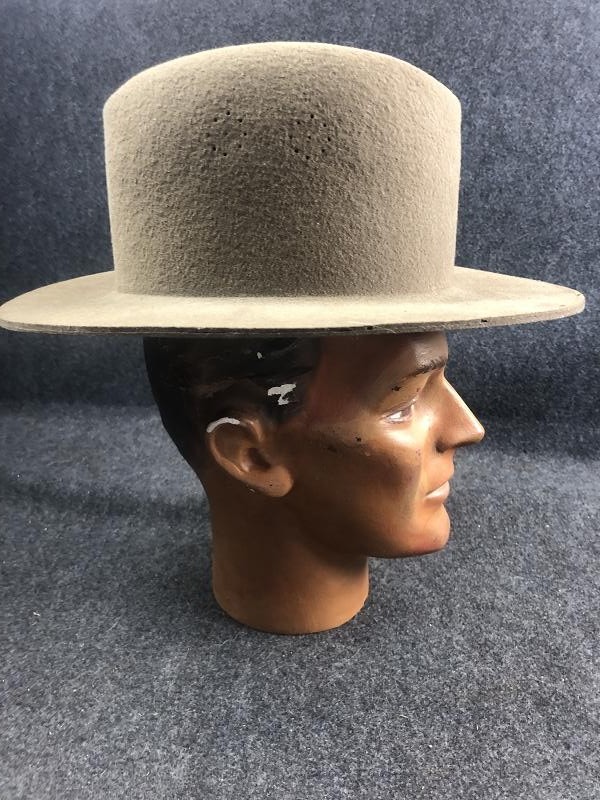 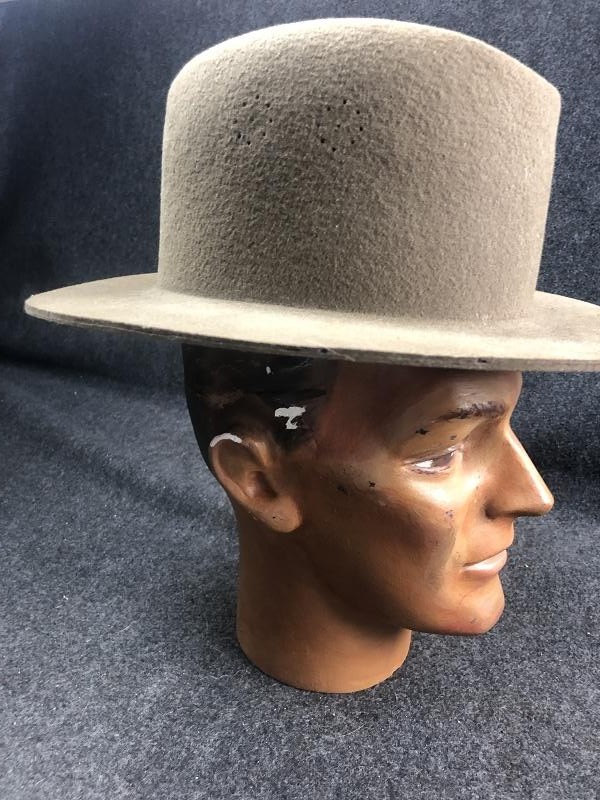 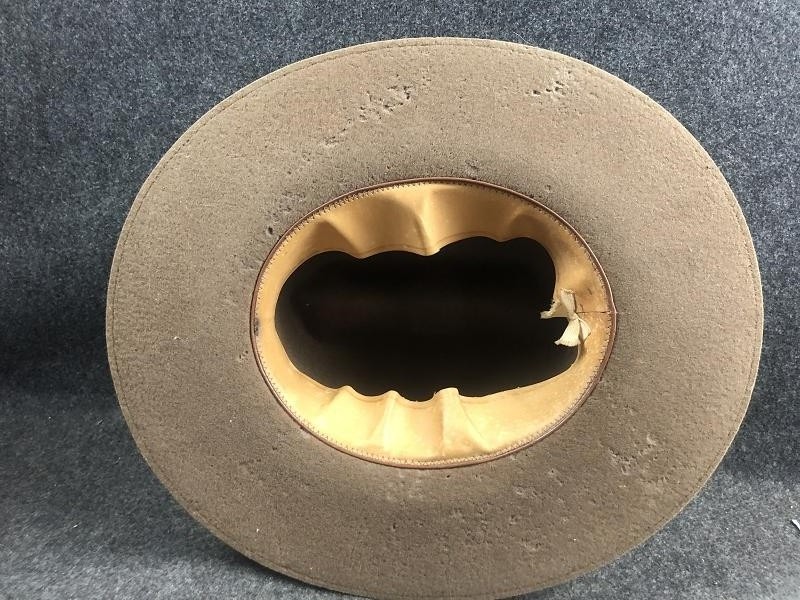 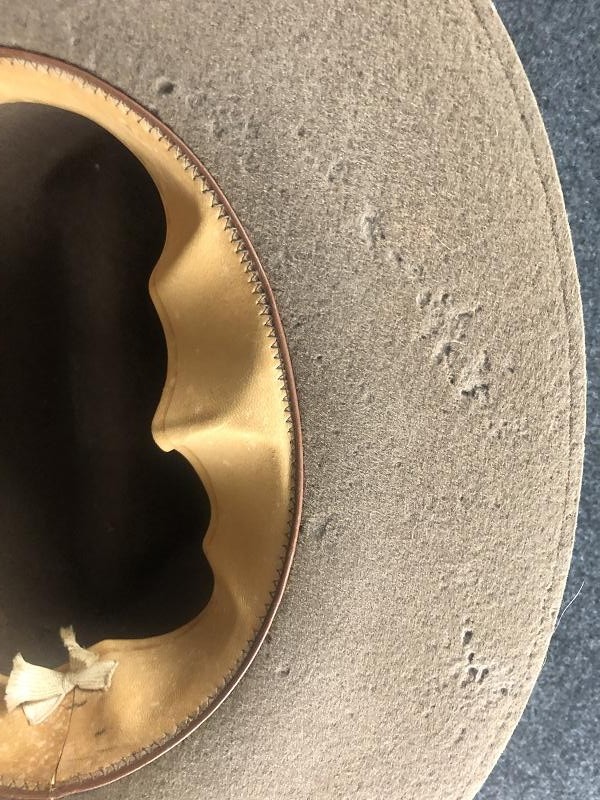 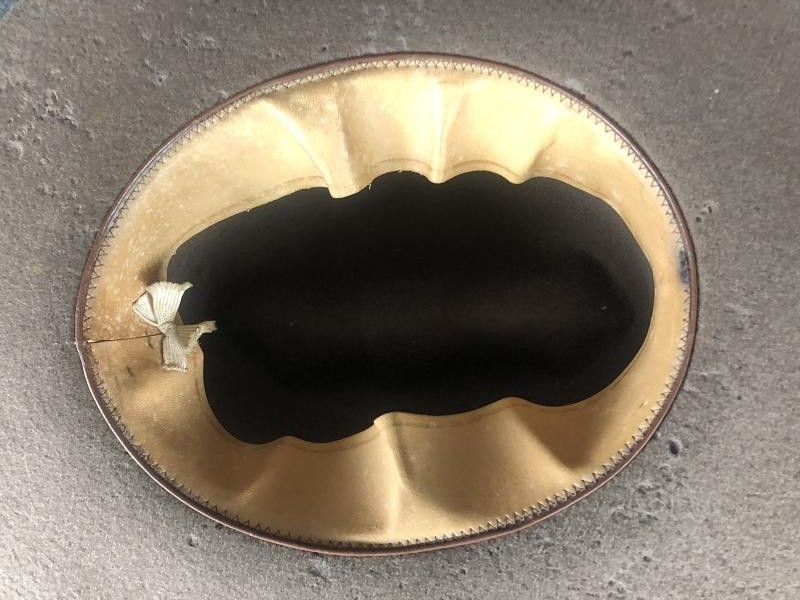 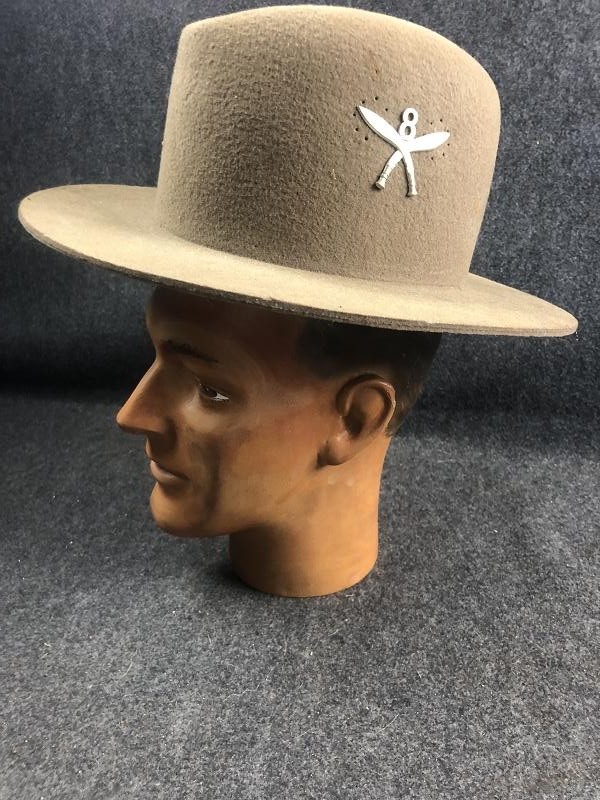 Click on an image to enlarge
Original Item: Only one available. The 1st Gurkha Rifles is a Gurkha infantry regiment of the Indian Army comprised of Gurkha soldiers of Nepalese origin. It was originally formed as part of the British Indian Army in 1815, later adopting the title of the 1st King George V's Own Gurkha Rifles (The Malaun Regiment), however, in 1947, following India's independence in 1947, it was transferred to the Indian Army and in 1950 when India became a Republic, it was redesignated as the Gurkha Rifles (The Malaun Regiment). The regiment has a long tradition and has participated in many conflicts, including many of the colonial conflicts prior to Independence, as well as the First and Second World Wars. Since 1947 the regiment has also participated in a number of campaigns against Pakistan in 1965 and 1971 as well as undertaking peacekeeping duties as part of the United Nations.

This light khaki Gurkha slouch hat is made from thick felt with cotton wrap around the crown. There is an insignia on the right side containing a correct WW2 with numeral 8 over two gurkha's crossed.

Still retains the original leather hat band. This hat is in great overall condition, with ventilation holes in either side of the felt crown some light mothing.

At the time of
the 2nd Boer War in South Africa, the slouch hat, worn by the Dominion Forces of the British Empire, was becoming an increasingly popular form of head dress with British troops in the field. This may have influenced the introduction of a hat of similar design within Gurkha Regiments. It was during the Waziristan Blockade in 1901, that the 1st Battalion 2nd (Prince of Wales Own) Gurkha Rifles tried out a new hat advocated by one of its officers, Lieutenant Bechar. It consisted of a several layers of cloth covered on both sides with puttoo or home spun tweed. It was criss-cross machine stitched, giving it a certain amount of stiffness to help maintain its shape. Sometimes known as the Kashmir hat, it was fitted with a light puggaree, ventilating holes and a chin strap. The whole effect resembled a slouch hat, affording protection both from the sun and the rain. 2nd Gurkha Rifles subsequently adopted the hat for field service. Regimental histories record that a similar head dress was introduced into other Gurkha Regiments during the same period. Initially procured from unofficial sources, it was eventually sanctioned by Army Headquarters and issued through ordnance channels under the nomenclature of Hats, Felt, Gurkha.

The Tibet Expedition 1903 ? 04 became the last campaign when the Kilmarnock was worn in the field by 8th Gurkha Rifles operating at altitudes in excess of 18,000 ft. Thereafter, the Kilmarnock has only been worn on parades and ceremonial duties. The Zakka Khel Expedition, on the North West Frontier of India, in 1908 was the first campaign when the new field service head dress was worn by 5th and elements of 6th Gurkha Rifles.

Not unexpectedly, Regiments and Battalions soon began to fashion the hat to their own designs. Some wore it with either the left or right side hooked up; puggarees were added, with Regimental coloured piping; and Regimental badges and or flashes were incorporated. In the years following the 1st World War, the brim became flat and stiffened, as we know it today, and the hat was worn well tilted over one ear and a size or two smaller than necessary for effect. This laid most of the skull bare to the elements, thereby defeating the original object of the hat to give protection from the sun and rain6. Initially, Hats, Felt, Gurkha were only worn by Gurkha officers and soldiers, but photographic evidence suggests that British officers began to wear the hat in the 1920s. By the end of the 2nd World War, the hat was being worn by all ranks in most Gurkha Regiments.
Shipping Weight: 3 lbs
Item # DROL2081
(Sold)